Anyone who’s seen the rise of consumer genomics has also found themselves wondering can a DNA test be wrong? Before we dive into the answer and check out how accurate DNA testing is, let us first understand what DNA is.

DNA is the code in your cells. You have 23 pairs of chromosomes made of three billion individual letters of DNA, i.e., 20,000 genes.

With all of this knowledge, we are light years ahead of where we started with Mendel and his pea experiments, Sanger and his manual DNA sequencing or even just 10 years ago. Modern genetics has now sequenced the entire human genome.

We can now scrutinize all of our DNA in less than a day. The unprecedented speed and decreasing costs of reading DNA have led to an explosion in demand for consumer genomics. This data helps us answer questions of heredity, evolution, and diseases as well as DNA testing closer to home.

Can A DNA Test Be Wrong?

DNA testing has never been easier for you or the lab that will run your tests, but given that this is a science of probability, can you trust the lab to give you the right results?

Accuracy depends on the fulfillment of criteria: 1) generation and 2) interpretation.

When the lab does DNA sequencing well, it will be safe to presume that the data generated is accurate. Secondly, is the data interpreted correctly? Which leads us to a murky area because when we test complex traits, there could be dozens of variants in a population. The dark waters increase the probability of a predisposition toward a particular behavior. 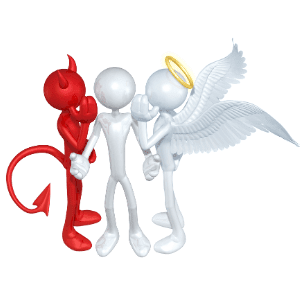 So yes, a DNA test can be wrong, but the chances are very slim with our trusted lab doing the testing. But no matter what the naysayers are whispering in your ear, do your research and make sure the lab which handles your DNA sample is highly accredited, such as AKESOgen labs that do the testing for DNA is the Way.

I am going to use ancestry DNA as an example and talk a bit later about DNA testing for more up to date types of tests.

DNA testing can’t give us real answers to profound questions such as an explanation of why we are the way we are. Genetic tests can be useful by revealing your ancestry (especially immediate family members). Still, a DNA test cannot tell you much about your history, culture, or how it should influence your identity. Don’t read too much into it.

A DNA test determining your ancestry can connect you to the past, but on a superficial level only. More usefully, DNA tests are great for indicating your propensity for specific conditions such as how you can lose weight, prevent aging and what type of athlete you are.

There have also been some online articles about DNA tests yielding different results from different genetics companies. A closer look at these articles, however, will reveal that the differences were only minuscule.

So again the answer appears to be Yes, DNA test can be wrong. But the validity and accuracy of a test depends on the lab and how they preform the testing.

DNA testing now lets you get your full genome sequence. But some privacy concerns have risen because they store your genetic data in a public genealogical database for scientific research.

At DNA is the Way; we use AKESOgen as our trusted DNA laboratory. Moreover, we use HIPPA regulations, protecting our clients just as hospitals do. And they discard your sample after 45 days.

Here at DNA Is The Way, we pride ourselves on the accuracy of the DNA tests. Our lab Akesogen holds every test to high standards. If they can not find a 100% match with the markers, that specific marker is considered inconclusive, and the results are not released.

AKESOgen is a CLIA-compliant laboratory. CLIA (Clinical Laboratory Improvement Amendments), which is an entity of CMS (Centers for Medicare & Medicaid Services). CMS is a government program that regulates all laboratories. A lab that is CLIA certified has to follow guidelines set down by the government for safety and accuracy.

DNA test come in many different kinds. The accuracy varies from test to test. Let us explore the different types of DNA tests available to determine what sort of information about yourself you can realistically hope to glean from them.

Ancestry revealing DNA tests require reading of autosomal DNA, helping you answer genealogy questions up to six generations back. If an ethnicity revealing DNA test promises more than that, it is not as accurate as it is claiming to be. 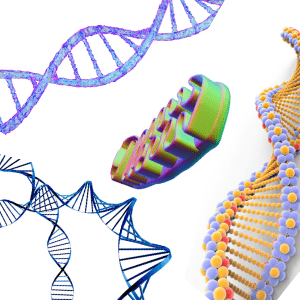 Another type of DNA that can answer genealogy questions up to 10 generations in the past is the Y chromosome, which can help you trace your direct paternal lineage passing it from father to son.

A third type of DNA test can trace a direct maternal line. DNA like this is known as Mitochondrial DNA (mtDNA for short) and also considered accurate up to 10 generations back.

However, DNA tests cannot pinpoint the exact locations where your ancestors once lived because they didn’t stay in one place; they procreated as they moved. Ethnicity estimates are at best geographical or cultural inferences about your ancestry. DNA tests require a comparison between an individual’s DNA and a reference population of DNA samples.

It has become increasingly difficult for geneticists to tell one region’s population apart from another’s, affecting the accuracy of DNA testing. However, as they contribute more DNA test results to lab databases, scientists will be able to draw more accurate conclusions.

Ancestral DNA tests, unless they are determining who your closest family members are, aren’t meant to be precise in the first place. For more distant relationships, the methodology isn’t an exact science; a DNA test alone cannot tell you who your ancestors are. You will require additional sources of information for high accuracy. Even when trying to find living relatives, you should not rely on DNA testing alone. You should supplement your results with genealogy research.

How accurate a DNA test also depends on the kind of DNA sample that you used to obtain your DNA. Technically, you can extract DNA from a variety of objects. A licked stamp or letter is one such example. Hair samples can be used for a hair DNA test.

Most of the genealogy giants don’t yet offer to test using unique samples, but they are interested in providing these services eventually. Right now, most DNA labs send you a kit for your saliva DNA test. 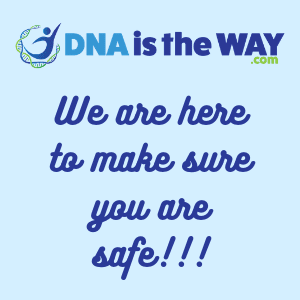 Most DNA testing companies will ask for your consent before uploading your results into their online database, so you can opt-out if you have privacy concerns. You can also choose to have your DNA sample destroyed.

Many countries have laws in place forbidding discrimination based on genetic predisposition to diseases. So, do not be scared by science fiction films that would tell you otherwise. We are looking at you, Gattaca (1997)!

Here at DNA Is The Way, our lab destroys your sample 45 days after the test is complete. All of the client sample identifiers are by number and not by client name. So it’s like an anonymous DNA test because your name isn’t even in our system.

DNA tests can be wrong.  Specific DNA tests are more accurate than others. The accuracy of DNA tests, therefore, depends on whether data generation and data interpretation were correct. So to have a CLIA accredited lab performing  your DNA test for weight loss or any other testing is imperative. Labs are gonverened by laws to provide accurate testing.

In all of the articles, I looked at not one of them referred to the trusted lab that DNA Is The Way uses. Remember, not all labs are CLIA certified and compliant. But those that are certified have stringent guidelines to follow. If a result is not 100% verified then it is not conclusive and the lab will not release it to us. Now I call that integrity!

What do you think about DNA testing for weight loss? Please do research our lab and leave your questions and comments in the comment section below.

Empower Your Life With DNA!

You can know you from the inside out.
When you know what your body says about you it is liberating.
Empower your life with your unique results.

SHOP FOR THE PERFECT DNA TEST TO EMPOWER YOU!

Jump To:
1. Can A DNA Test Be Wrong?
2. Limitations Of DNA Testing
3. Scope Of DNA Testing
4. Type Of DNA
5. Type Of Sample
6. Concerns Of Privacy
7. Final Note
We use cookies to ensure that we give you the best experience on our website. If you continue to use this site we will assume that you are happy with it.Ok