Aging occurs as a result of the complex and varied changes that take place in our biological functions. We are subject to nature, from the accumulation of damage in DNA to the breakdown of proteins and the modification of the communication process within the cells themselves. So, as you can see the relationship of DNA on aging is quite close in nature.

Unhealthy habits such as consuming alcohol, smoking, spending a long time in the sun, and stress are factors that negatively affect human cells.

These habits damage DNA regardless of your age.

"Aging means the body is unable to cope with change. Therefore, DNA mutations accumulate in the cells of the body, making the body's organs more susceptible to diseases and cause cancer,"

The changes in the cells, in turn, have apparent effects on the skin.

"First, changes in the color of the human skin, this color becomes heterogeneous and can cause aging freckles (dark liver spots). On the other hand, the elasticity of the skin decreases, leading to wrinkles,"

With the study of genes, researchers understand how aging occurs in the cells. With your DNA results, you can learn about the strategies that enable you to slow aging and lead a more healthy life span.

There is a group of human characteristics that are categorized as “phenotype” or “genotype”.

Genes are affected by the elements that come from the environment. Your daily lifestyle, health, psychological choices, and different medications also play a role in your aging status.

Weight is one of those “obvious” properties because genes play a significant role in determining how you metabolize your foods., An individual can influence their genetic makeup through a pattern of proper food choices, exercising, and dealing with some psychological factors.

Scientists also note that there is a kind of time rhythm for appearance features (for example, body weight tends to increase with age), and this rhythm is also a measure of the biological age.

In addition to the accumulation of mutations, research has shown that DNA repair mechanisms decline with age, which will compound the problem.

Many human diseases start with defects in the DNA repair process. And when the genome within a cell becomes damaged, the cell will undergo a genetic aging process. 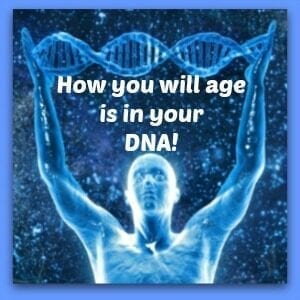 There is a process known as:

Unhealthy habits such as consuming alcohol, smoking, spending a long time in the sun, and stress are factors that negatively affect human cells.

These habits damage DNA regardless of your age.

. Better known as the evolution from birth to death of aging that leads to tissue atrophy and the release of chemicals that stimulate the inflammatory process.

The Length Of Telomeres Becomes Shorter

The length of the telomeres becomes shorter with the aging process.

An essential feature of the cells of the body is the continuous renewal of itself through its reproduction. Each time the cell copies itself, the length of the telomeres decreases, and as we age, the telomeres become short enough to prevent them from working well, causing our cells to grow old.

They lose their ability to function correctly. Therefore, telomeres act as a timer for the aging of each cell.

If we dig a bit deeper into the telomeres, we find that telomerase is an enzyme that preserves telomeres from damage resulting from division and reproduction.

By way of DNA testing, you can identify where your body is prone to age and shorten these telomeres. With this knowledge, you can then decrease damage from ingestion or the environment and reduce the rate of division. 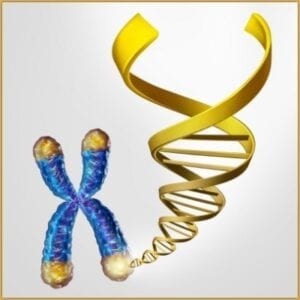 We can change how we live, what we put into our bodies, and what we allow the environment to expose us to and thereby decrease the aging process.

When telomeres are less than critical, cells stop dividing and die; this is called cell aging. Skin cells, hair, and the immune system are continually generated and are most susceptible to decreased telomeres. The shorter the telomeres, the higher the chances of illness, and consequently, the higher the death rate.

As telomeres decrease in length, the process of cell replacement slows down, and the cell dies. These processes are known as aging and programmed cell death.

Decreased length of telomeres with age is a normal process for cells. Still, when their length decreases more than the usual age, this indicates that the body is moving towards a more significant amount of aging and changes.

Your Life Choices Can Affect Your DNA

DNA is known to hold advance information about the way we age and thus how long we may live.

However, recently the results of studies have begun to demonstrate the vital role that lifestyle plays in influencing telomeres and, thus, their longevity.

Scientists have observed that the role played by obesity, lack of exercise, unhealthy diets, and smoking will accelerate the decrease in the length of telomeres. Stress and depression also play a role.

Scientists have also discovered during their studies that the so-called “gene fuxu I3” (or the gene methosylm) was remarkably active among study participants.

These studies led scientists to explore a relationship between long life span and Jin Fuxu 13″.

The enzyme called telomerase can also slow, stop, or even reverse the process of shortening telomeres. Best of all, the increased length of telomeres gives genes a more phenotypic pattern, making cells function as if they were smaller.

Treatments based on this study can expertly repair, restore, and regenerate cell reproduction, turning back your biological clock. The result of all research and studies indicates that DNA is the way to preventing aging from an early age.

With the studies and the information that scientists have leaned, we can find out what parts of our bodies age more rapidly with DNA testing. We can then change the lifestyle that would affect these aging parts and slow down the process. 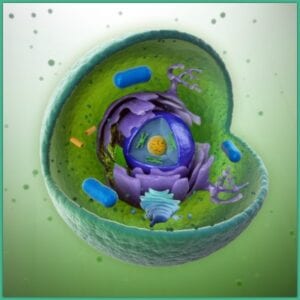 How This Will Affect You

I mean, think of this, let’s say your skin is genetically weak. You find out with your test that it will age more quickly. You can then decrease exposures to your skin and use the proper creams to prevent and slow this process.

When you are 60, your skin can look years younger with the proper care you provided at a younger age.

Without testing your DNA, it is all a guessing game. You may take special care of your skin but ignore the nutrients you need for healthy bones.

Your skin is not prone to age early, but your bones are likely to decrease in calcium. You are thereby allowing for brittle bones and easy breakage.

Your skin looks great, but you can’t walk. See where I am going with this? It is so important to know how to prevent all types of aging and which areas you need to focus your efforts on.

With your saliva DNA test, you can focus on the right areas and live a fruitful, healthy long life. A life that you can enjoy well into your retirement. You can travel and enjoy a body that will have stamina and endurance with the right care at an early age.

To get your DNA renewal testing done, click on the tab here and order your kit now. We will be available to answer any questions you may have. You will receive your free DNA test kit in the mail. Which leads me to the question you may have “how long does a DNA test take?”

Once your kit reaches the lab, it will take approximately three weeks for the results to return. I will watch for your report and contact you to go over the DNA test report.

Please leave your questions and comments in the comment section below. I will be back with you very shortly.

We are here to help you lead a healthier, more productive life as you age. Don’t just enjoy life while you are young. Get your testing so you can enjoy a long life well into your aging years..

Turn back the hands of time.
Find out where you will age the most and prevent it with DNA testing.

Jump To:
1. How DNA Testing Can Help Overcome Aging
2. Your Life Choices Can Affect Your DNA
3. How This Will Affect You
We use cookies to ensure that we give you the best experience on our website. If you continue to use this site we will assume that you are happy with it.Ok